What food is so ubiquitously Canadian?  Yes, maple syrup and butter tarts are up there.  But I mean a food that, if you aren’t a true world-cuisine gourmet or have been to Canada, you have absolutely no idea about?

A food that (and I’ve eaten it there) is served at movie theaters.

A food that is a bone of contention (mostly about the cheese).

A food that takes lackluster fries and makes them something worthwhile to eat.

A food that makes me wonder:  potatoes and gravy are the ultimate combination, and we love our gravy in the South.  So, why don’t we have fries and gravy down here?

A food that inspires its own restaurants and is served at most restaurants in Canada that sell fries.

A food that has inspired a multitude of variations (but, let’s be honest those who have enjoyed it before, the original is best).

To those unaware of what it is, I give you leave to google.  Clicking the “restaurants” link before will send you to a bevy of variations.

Josh insists they must be white cheese curds, the kind that squeak in your teeth.  If you absolutely cannot find cheese curd, mozzarella string cheese is a substitute.  I’m not going to say a good substitute or an acceptable one.  It’s a substitute.

I realize I skirted heresy by even suggesting that.

So, here’s what I did.  P.S.  If you don’t have cheese curd and don’t want to risk being a heretic, you can have fries and gravy.  Fries and gravy are pretty awesome!

prepared gravy (It’s ok to use packet gravy.  In Canada, there are gravy packets simply for poutine.)

white (or orange, if you must) cheese curds (or cubed mozza–eek!)

What is your favorite Canadian food?

I promise to be a wee bit less contentious in this post.

Greetings, everyone!  And welcome to the Canadian Thanksgiving countdown!

(For those of you who don’t celebrate Canadian Thanksgiving, it doubles with Columbus Day…Monday.)

This will be the seventh year that I will be hosting Canadian Thanksgiving at my house.  I try to blend as many of Josh’s mom’s and Oma’s recipes appropriate for the holiday with a few mainstays that sometimes don’t appear on our table at Thanksgiving.  (“United States” Thanksgiving is held at my sister’s.)

I have shopped for most of the ingredients.  I still have to procure a pumpkin pie (frozen or ready-made, I don’t care), carrots, and green onions.  Tomorrow you will read of my hilarious and nearly catastrophic attempts to purchase said items while suffering from extreme exhaustion.  (To the point of near-hospitalization or arrest for suspicion of being under the influence of something)

Here is the menu:

Turkey (A real bird…and not just the breast)

Stuffing (served as “dressing”; I have never stuffed a bird…Alton Brown taught me well)

Jellied cranberry sauce (with the lovely tin can ridges and the gloop! sound as it evacuates the can)

Yams Richard (Again, I need to find my recipe copy or call my sister for it)

Broccoli and cauliflower with my mother-in-law’s cheese sauce

Pillsbury crescent rolls (I was outvoted)

Spinach Madeleine (Dear Kraft:  Thank you (not) for discontinuing production of the jalapeno cheese roll.  I so (do not) appreciate it) from River Road Recipes, altered to allow for the use of Mexican Velveeta (instead of the far superior and no longer existent jalapeno cheese roll) 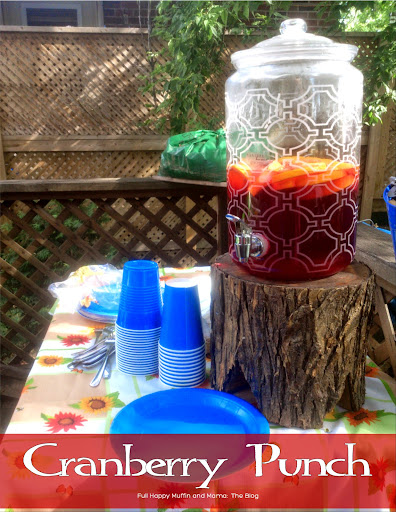 Nanaimo bars  (Trust me; these are some of the best–and most fattening–things you will ever put in your mouth.  With as much butter as is in the recipe, I’m amazed it didn’t originate in the South)  I’ve found Bird’s custard powder at Albertson’s and Kroger in the “foreign” food aisle.  It is usually near where Grey’s Chutney is located.

My plan was to get a lot of the make-aheads done this past weekend (which didn’t happen), so beginning on Friday, I will be bustling in earnest.

What are your plans for (Canadian) Thanksgiving?

Last night, Josh and I watched Duck Dynasty after Muffin and Daisy went to bed.  (Yes, Daisy sleeps with her boy.)  In the episode, several of the stars went and rolled another family members house.  After laughing at the antics (almost howling with laughter), Josh said, “They’re saying it wrong.  It’s TP-ing.”

I thought he was joking.  “It’s rolling,” I responded, chuckling.  Me who has never rolled a house…ever.

At this point, I’m doing the one-eyed squint with my head cocked to the side in disbelief.  “Rolling.”

Yes.  This (slightly juvenile) conversation went on longer than necessary.

But seriously?  It is rolling, right?

I mean I know Z (zee) is pronounced zed and that restrooms are washrooms.

So, that leaves me with the need to make a poll.  Please take the opportunity to respond to the poll and comment on your choice between the two below.  This is for the sake of matrimonial harmony, y’all (plus it lets me know that I’m right).  🙂