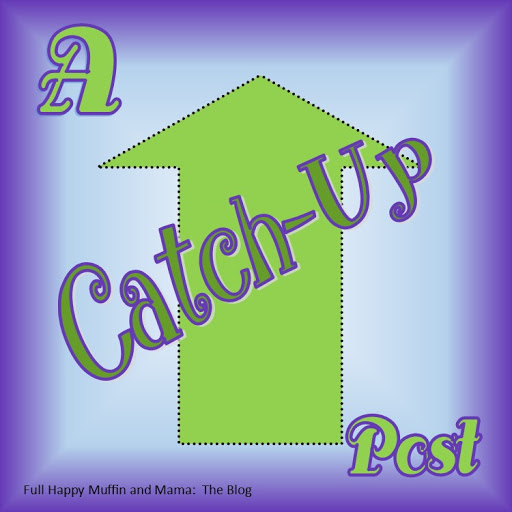 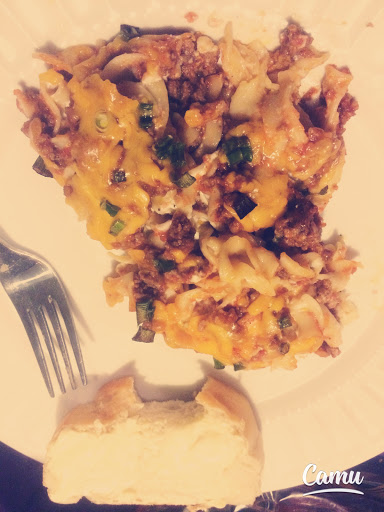 That picture really doesn’t do it justice.  This recipe is a godsend in egg-noodle form.

(And I’m usually not a fan of egg noodles.)

A few things went wrong with this picture.  I had obviously already started eating.  Sometimes this happens before I can take a glamour shot of the dish.  To me, that makes it more authentic.  I can gussy it up (and I have before), but it shows me that I actually liked the dish enough to take a picture of it after having a bite.  Meaning that it was blog worthy.

The second problem is that this was during my time of using filters in Camu, so it really doesn’t look like that.  A bit more red and a bit less yellow, in fact.

I first saw this recipe on Pioneer Woman’s Food Network show.  She sets it up as a freezer meal, and the next time I make it I’m going to make two and freeze one.  It’s easy cheesy and peasy.  Well, not peasy, but peas of all kinds would go well with it.

She stresses the need to make it in separate layers, almost like a lasagna.  I have since seen it other places where they mix it all up in a big hodgepodge.

Even though it makes the process a bit more difficult, I have to agree with the layered, strata method.  So that you don’t ruin the effect, make sure to let your baked casserole sit for 10-15 minutes to “re-solidify” and be cut-able.  Otherwise, you end up with hodgepodge (see the picture above).

One aspect I love about this casserole (that Muffin, of course, does not) is the green onion.  The lovely little bits of green and white confetti really brighten up the flavor and make it not just another casserole.

1 1/4 pounds ground meat (The chief deviation from her recipe:  I used ground turkey)

8 ounces egg noodles (half of a 16-ounce bag…see how it’s made for doubling and freezing one?)

*Note:  Ree Drummond recommends grating your own cheese.  It really gives a much better melting result (other than the negative effect of fingernail breaking).

Now, that I’ve grossed everyone out, I’ll continue with the directions.

If cooking immediately (AKA not freezing), preheat the oven to 350 degrees.

Brown the meat in a large skillet and drain meat.  (I’ve been known to forget this step and end up with an oil slick in some dishes…sorry.)  Add tomato sauce and stir.  Add salt and pepper and stir, leaving the skillet contents to simmer while you prepare the rest.

Boil noodles in salted water until al dente.  Don’t overcook or you will have mushy noodles in the casserole.  Drain and set aside (but don’t rinse).

Now for the white ingredients:  combine the dairy ingredients (sour cream and cottage cheese) in a large bowl.  Stir in green onions, pepper and pepper flakes.  Stir the noodles into the mixture.

Spray a large baking dish with nonstick spray.  (You will need a deep 9×13 dish or larger.)  Make a bed of half of the noodle mixture on the bottom.  Then layer on half of the mixture of meat and top with half of the cheese.  Repeat the layers.  Top with extra green onions.  (This makes it totally delish!)

Bake until the cheese is melted and bubbly, approximately 20 minutes if your other ingredients were warm (meat sauce, noodles).

WAIT at least 10 minutes before cutting into the dish.

This recipe (once Muffin removed the green onions) was Muffin Approved!